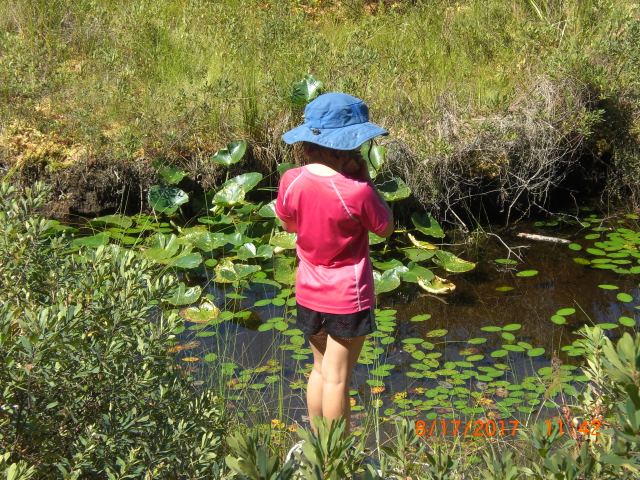 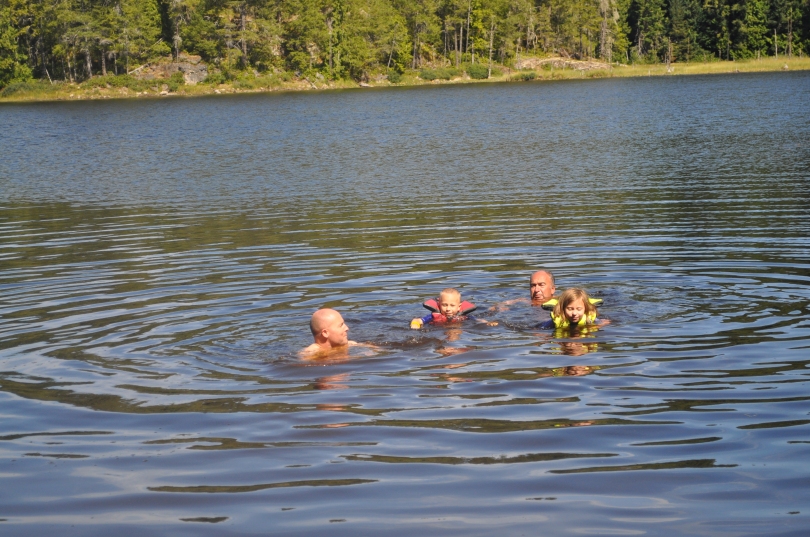 We had a really good night of sleep – all of us slept in until 830! After breakfast we packed up to go on a hike to Black Lake for some swimming. It’s only a .5 mile hike but we still had backpacks of stuff… swimming stuff, drying off stuff, stuff to eat and drink and 3 cameras. Dan, Dennis and the kids all braved getting into the shallow murky, mucky lake. Ashley & Dorothy offered encouragement from the shore. We returned from the hike for the usual lunch and naps. Since we’d gotten lots of sleep the night before the grown-ups each worked on their own projects. Dan is working on the electrical system. The wiring in this boat is insane. Almost 30 years of systems being replaced and no one ever tearing out unused wiring and there’s a bit of corrosion here & there. He spent 4 hours doing that. Ashley is replacing the portlight lenses with the new ones she picked up from the plastics store. It’s one of those things where the existing still worked fine, they opened to let in fresh air and when closed kept out the sea water, rain, etc. However, the acrylic was so crazed that it was hard to see out of them. It’s definitely not a quick project but a trained monkey could do it. She got 12 of the 16 replaced today. You can’t believe the difference! The other ones didn’t seem “that bad” until you look out of the new ones. After nap & project time we headed back to the swimming rock for swimming, playing in the rafts and snorkeling.