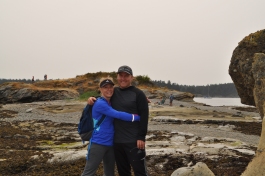 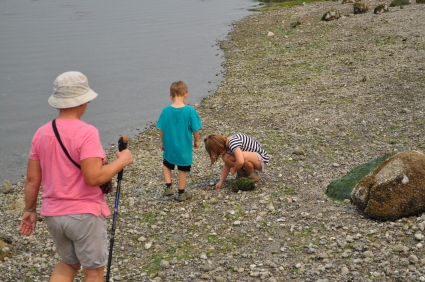 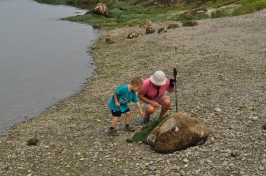 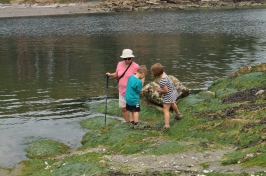 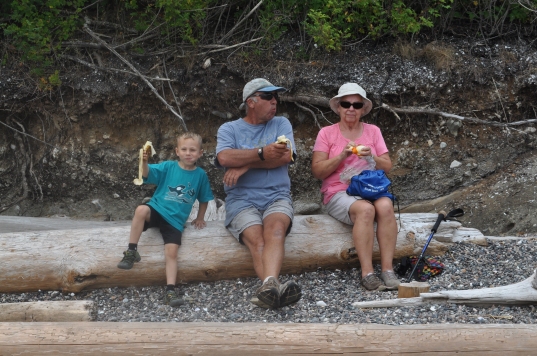 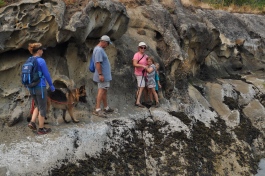 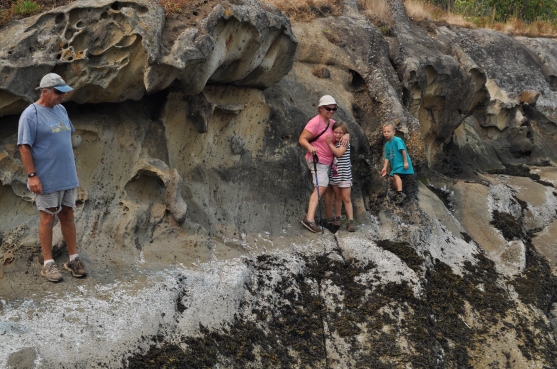 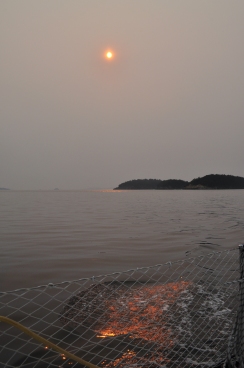 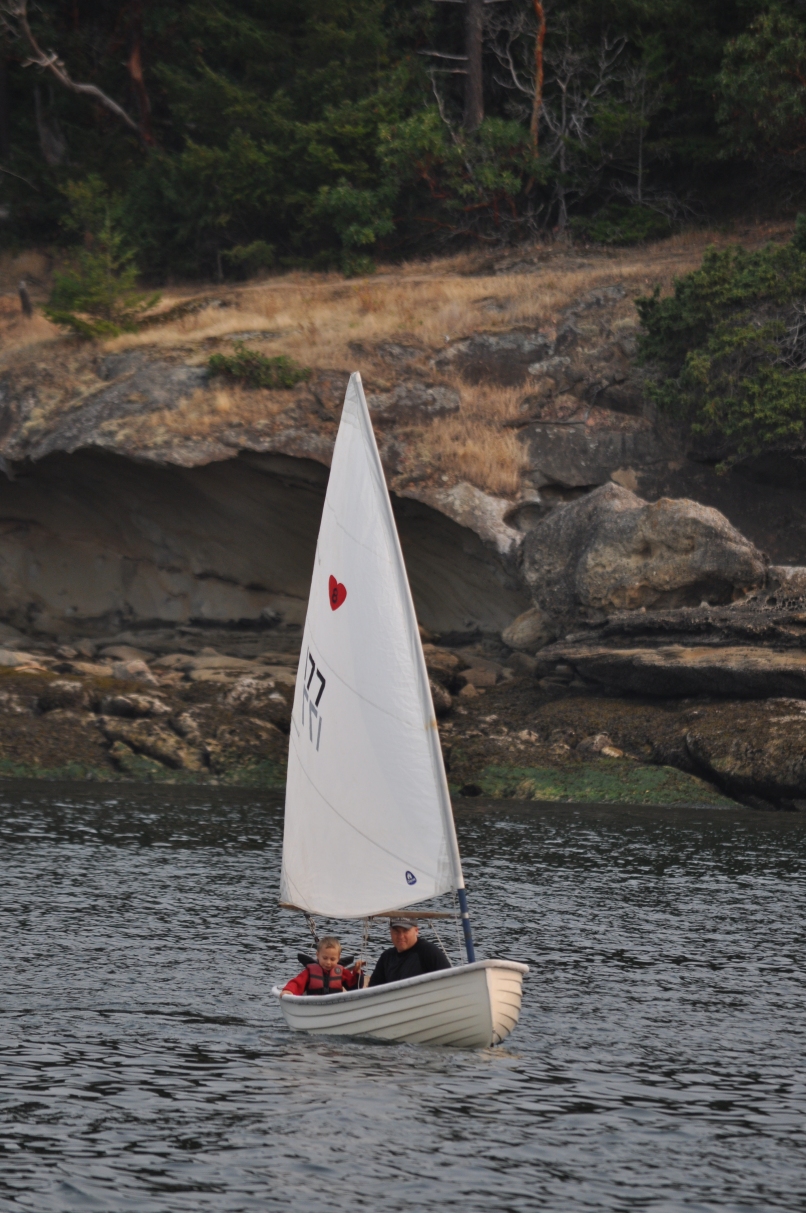 Friday morning we woke up a little late but to wonderful conditions so after some time in the marina talking to dock neighbors we headed out. We started out motoring but eventually there was a nice breeze of about 8kts so we pulled out the sails. We tacked around near Clark and Lummi Islands slowly making our way towards Sucia. It was a nice sail, we didn’t have anywhere we needed to be at any certain time so just enjoyed it. Late in the afternoon we finally anchored at Sucia where Dorothy and Dennis were anchored. Since we got there late we had dinner. After dinner a family with 4 kids drove by in their dinghy, we had the kids wave hello and a few minutes later the father came back with 2 of the kids. Turns out they have 2 sets of twins and are looking for a larger boat. They were interested in meeting the “friends” they saw as they drove by and to see Samadhi. After having them aboard we went to watch the sunset (which didn’t happen because of the smoke from the BC wildfires) and then played cards over at grandma & grandpa’s boat. It was a good time of playing war and crazy 8’s. Saturday morning we launched the sailing dinghy. Alex can skipper with Dan’s guidance no problem and it is seriously adorable to see a 4 year old at the tiller, completely confident, driving his dad around. It is heart melting, for a sailing parent, anyway. Victoria took her turn afterwards but the wind died so Ashley went out in the motor dinghy to town them back to Samadhi. We then hiked the 2+ miles from Echo Bay to Ewing Cove and did some beach exploring and finally hiked back. After getting the dinghies stowed we weighed anchor and headed towards home. There wasn’t any wind so Dan worked on putting the sail cover on the main. Not too long after that the wind picked up to sailable speeds but the main stayed in its home and we pulled out the genoa for a bit. The winds weren’t strong enough for sailing under it alone so we furled it and motored back home. The wildfires in BC have made the sun and moon look really orange and the sunlight reflecting off the water almost looked like liquid fire. It was hard to capture on camera but we made an attempt.