Weather: Cloudy highs in the 40’s

Notes: Left Anacortes at 0915 and motored out to Guemes Channel into Rosario Strait. Put sails up in 10 knots of wind and sailed north up Rosario strait before the wind died and we turned around an motored to James Island. We anchored on the south side of James. We were hoping to have the dock to ourselves but learned that the dock is removed in the winter. We went ashore and the five of us (Ranger too) hiked the east side trail. We returned to the 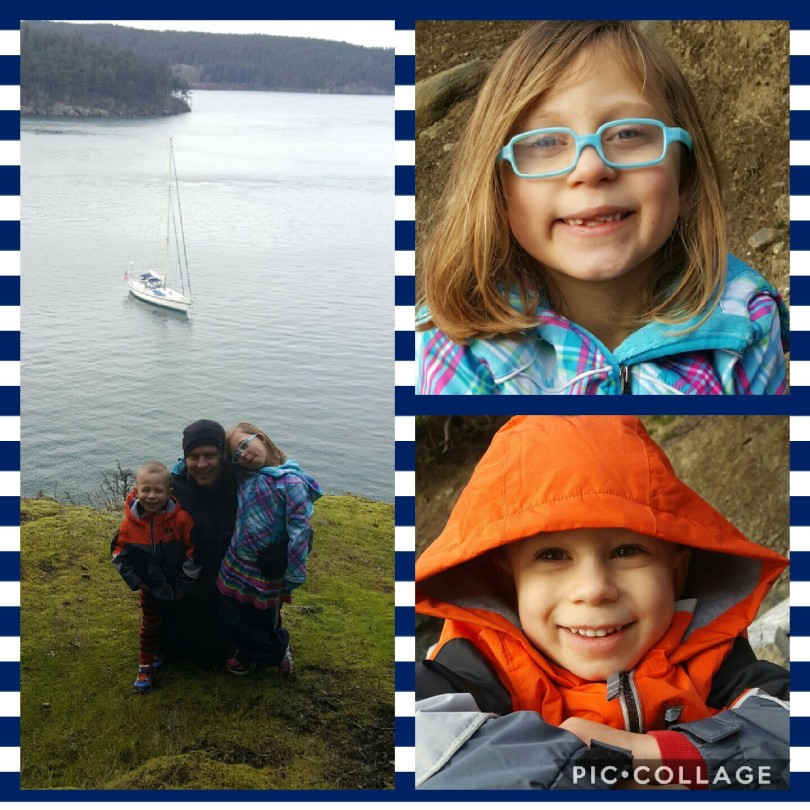 boat for the afternoon and returned after dinner to hike the short distance to the northeast camping site in the dark. Alex and Victoria are beginning to be more comfortable in the dark and really had fun with their headlamps once they gained some confidence in the dark. We saw phosphorous in the water on the way back to the boat. The kids love to see the water glow. The next day we sailed up Rosario Strait to the north end of Cypress, around Guemes and back south to Anacortes. We had a fantastic day sailing in 8-15knots of wind. The kids played downstairs most of the day while sailing which was fine with us because of how cold it was. They did not once comment on the fact that we were heeling at 15-18 degrees at times.