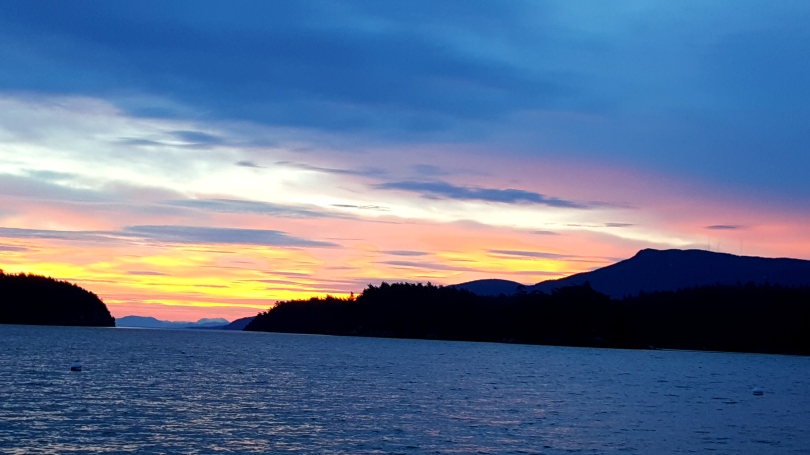 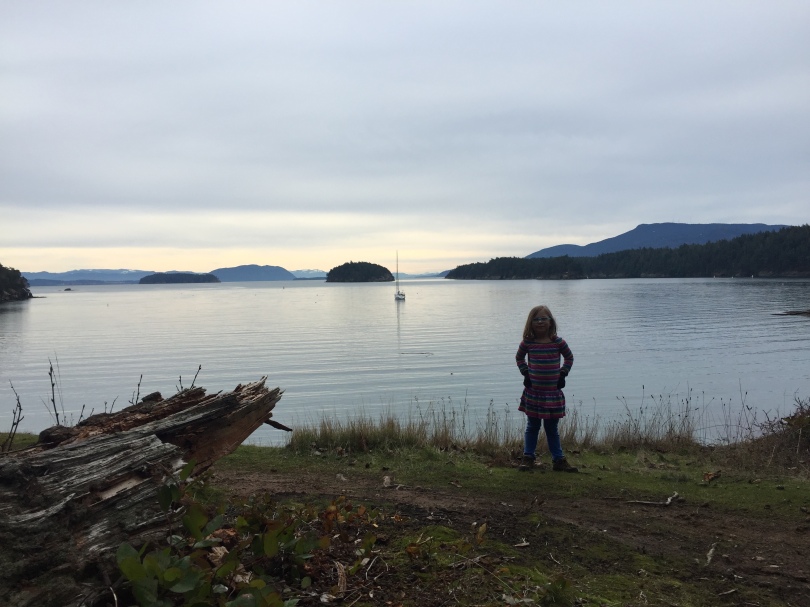 Notes: Left Anacortes at 740. Sailed into the Straits of Juan de Fuca down wind. Put the pole on the genoa. Entered Cattle Pass and sailed to north end of Lopez. Heading north to Sucia. We had an excellent sail at times reaching 11.1 knots. It was a beautiful day on the Straits of Juan de Fuca.  We ran out of wind just south of Jones Island. We entered Shallow bay at Sucia but there was not room for us to swing at anchor so we went around to Echo bay and had the whole bay to ourselves. We put the anchor down at about 1600 and awoke the kids from their nap. We took the dinghy to Ewing Cove and spent time on the beach. Alex found us a new and hidden beach. Victoria found a path down to this hidden beach. We then spent time looking at tide pools and climbing rock cliffs. Victoria found a tennis ball on the beach at dusk which left her parents wondering how she could have seen a ball in the limited light. We headed back to the boat in the dark and an otter watched us leave.

Notes: Spent the morning hiking and trail running from the head of Echo bay to Ewing Cove. We were searching for a trail to the beach facing the Straits of Georgia but we did not find one.  We hiked back to the dinghy and spent time cleaning up garbage from the beach. We picked up an entire 18 gallon bag and could have spent many more hours cleaning up. Alex made the 4 mile roundtrip hike with about a mile of jogging even though he was pretty tired by the end. We weighed anchor at 1300, the anchor was buried in the mud clear up to the roll bar. We motored all the way back to Anacortes and filled up with diesel at Cap Sante (84.55 gallon with 4489 hours on the motor). Their fuel dock is an easy approach and exit so we’ll probably fill up there from now on. Arrived at Anacortes Marina about 1630. Back at dock Dan pressure washed the deck and Ashley cleaned the cabin floors, did dishes, etc. We got a pizza to eat here and will head home later tonight.