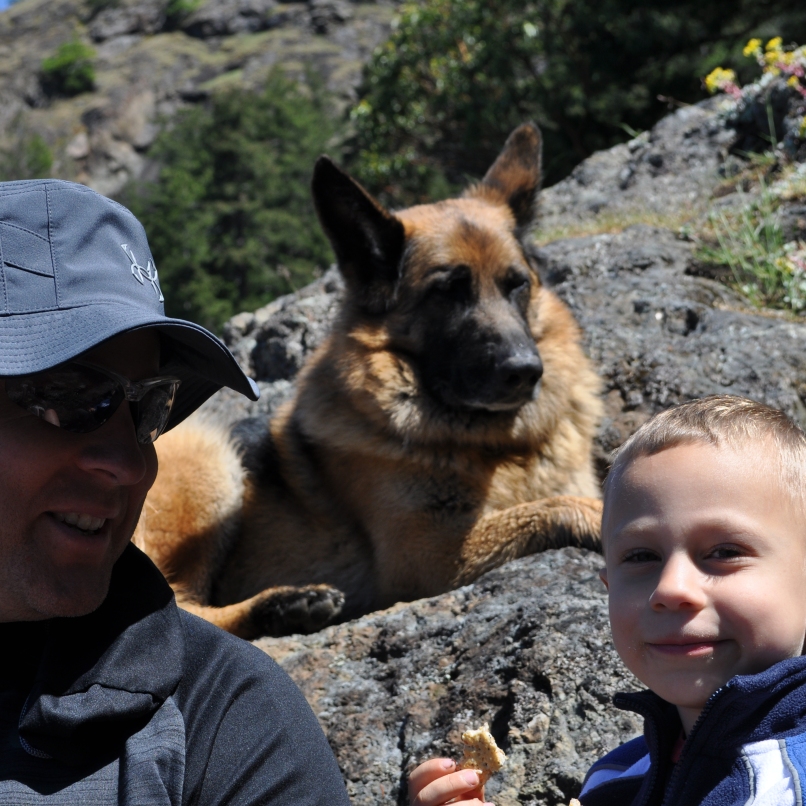 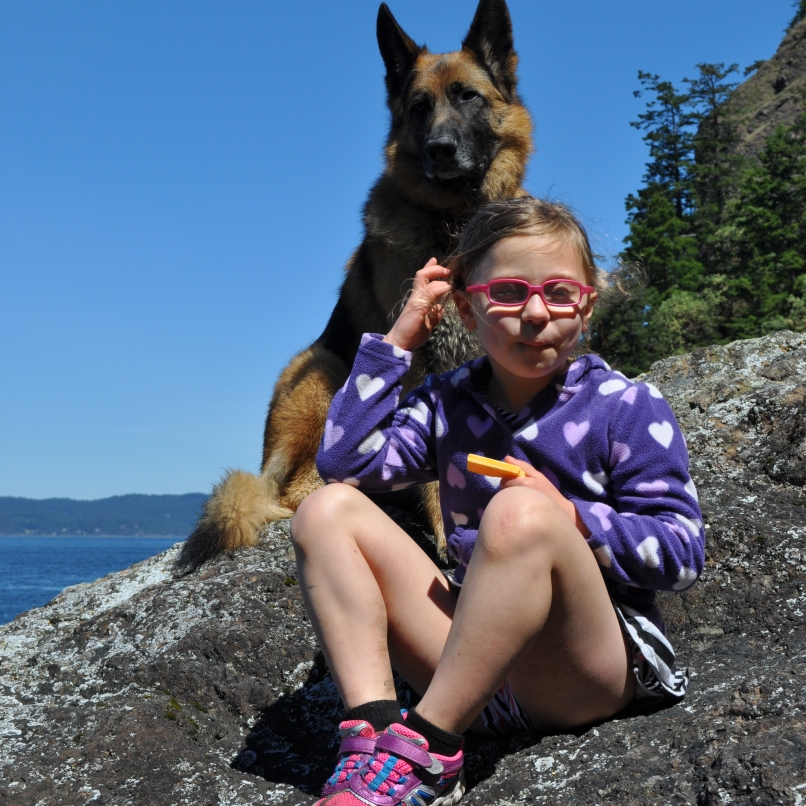 Before our vacation, we noticed one of our kayaks had a split in the hull from the kids playing on them when they’re on Samadhi’s deck. During the big May trip Dan used a spray on sealant to fix it but it didn’t take. We had promised the kayaks to friends for the weekend so we spent the morning procuring a new kayak. We finally got underway to Cypress Island around 11 and motored over. Cypress Head isn’t the best anchorage so after our first attempt and not liking how the anchor set we motored over to Eagle Harbor. We had lunch then took naps. Apparently, we were all tired as we got up at 5pm! We took off for shore and while there met a couple and their dog that are liveaboards in our marina. We also met a family on a 2 year sailing sabbatical that had a 3 year old son. The kids played together and dogs took turns with Ranger’s ball while the adults talked.

Today we took the dinghy over to Pelican Beach with the intention of hiking Eagle Bluff. Once we got to shore, however, it turns out that trail is closed until July 15th and even if it was open dogs (even on leash) aren’t allowed. We ended up doing the Smuggler’s Cove hike which is probably more to Victoria and Alexander’s ability anyway. We had a nice picnic on the rocks there before hiking back. We got some beach time in. In early afternoon we went back to Samadhi, we were contemplating picking up the anchor to go for a sail when a boat with an inexperienced crew came and anchored right on top of us. We figured that was a sign so we started the engine and weighed anchor so they could have the spot we were in. Truth be told we had anchored way too close to one of the DNR buoys anyway.